Aims of the EGN

Established in 2000, the European Geoparks Network (EGN) aims to protect geodiversity, to promote geological heritage to the general public as well as to support sustainable economic development of geopark territories primarily through the development of geological tourism. The network has drawn together territories from across Europe that share these aims and which are now working together in an active and dynamic way to achieve them.

Although geology is always the main area of promotion in geoparks, network members adopt a holistic approach to the promotion of our natural and cultural heritage. Furthermore all members consider full local community involvement as essential to our success.

There is a variety of activities that can be considered typical of a geopark. Most are either geotourism– or educational-based, including schools programmes, guided walks and museum exhibitions. Geological heritage protection and promotional activities are also essential activities of a geopark. Socio-economic activities in geoparks are important for sustainable regional development. Geoparks adopt a holistic approach to their heritage and promote all aspects of their regions natural and cultural heritage.

How the EGN operates 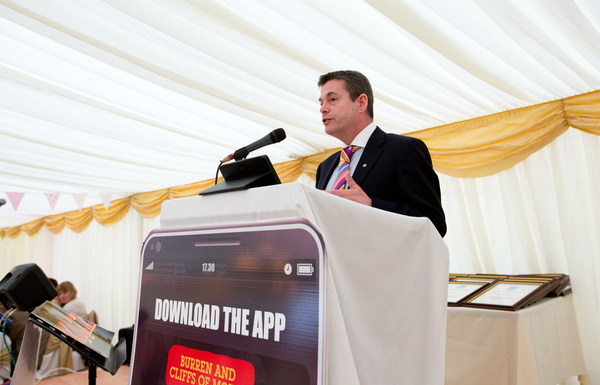 The network is funded by its members and through collective bids for European Union funding for common projects. Membership of the EGN is for a period of three years after which membership is reviewed and assessed. The first revalidation procedure occurred during 2004 and since then is one of the main internal procedures of the network which helps to keep all Geopark operation, infrastructure and services at a high quality level.

The network operates primarily by continuous electronic communication, frequent coordination meetings, annual conferences and the establishment of common projects through which territories can exchange ideas, experience and best practice thereby supporting each other to fulfil our common goals.

In 2001 the European Geoparks Network signed a formal agreement with the Division of Earth Sciences UNESCO whereby UNESCO gave the network its endorsement. A further agreement was signed with UNESCO in 2004 whereby the EGN was given responsibility for regulating membership of the UNESCO Global Network of Geoparks in Europe.

The Burren and Cliffs of Moher Geopark became the 44th member of the EGN in September 2011.

Why are both the Burren and Cliffs of Moher combined under the Geopark status?

Though both offer completely different visitor and landscape experiences, the two places are nature-forged neighbours – connected by geography and people. Both places powerfully influence each other socially and economically. The Cliffs of Moher attraction delivers a significant impact on tourism in the wider region. Its management and marketing strategy actively promotes the greater Burren region as a very special destination. It has in turn embraced the use of model sustainable tourism practices adopted elsewhere in the Burren. Taken together, the Cliffs of Moher and the Burren is a convincing example of what can be achieved when people, enterprises and organisations work constructively in common cause. Each can learn from, and benefit, the other – and the wider community.