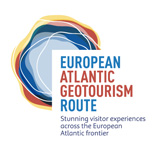 A current resident of the Courthouse Studios in Ennistymon Éanna is a former student of the Limerick School of Art and Design and more recently of  the RHA graduate program. His current studio practice uses traditional painting methods to describe contemporary themes of the everyday. Through a blend of traditional methods augmented with digital techniques he portrays subject matter through the allegorical application of these techniques.